The SYMBOL MACHINE of words, concepts, and languages plays an important role in human thought and activity.

Let’s look at the SYMBOL MACHINE murder equation for the 1966 murder of Valerie Percy, daughter of Charles Percy.

The Murder of Valerie Percy ? The Murder ? Crime Library www.crimelibrary.com/notorious_murders/famous/valerie_percy/? Valerie and Sharon Percy were the beautiful and intelligent twin daughters of Senator Charles Percy. Someone snuck into their Illinois mansion one night in … 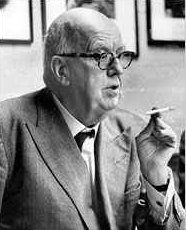 Charles Percy Snow CBE (15 October 1905 ? 1 July 1980), who was raised to the peerage as Baron Snow, of the City of Leicester, was an English chemist and novelist who also served in several important positions in the British Civil Service and briefly in the UK government.[1] He is best known for his series of novels known collectively as “Strangers and Brothers”, and for “The Two Cultures”, a 1959 lecture in which he laments the gulf between scientists and “literary intellectuals”

C. P. Snow – The Two Cultures and the Scientific Revolution – Rede … Snow 1905?1980 ), then fifty-three years old and a former research chemist and Thus, we see the 1959 Rede WAR casualty is Valerie Percy VIA the SYMBOL MACHINE proper noun …. name LINK Chales Percy. An additional factor is the year 1966 of the murder.